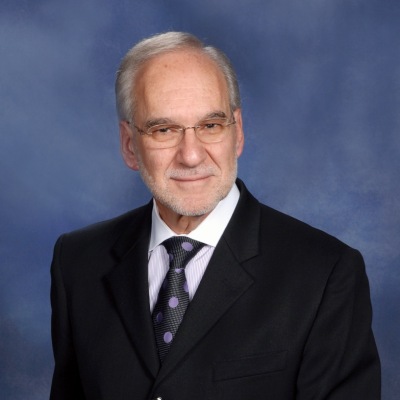 Phillip Sebastian Mazza was born on October l, 1947 in Washington, D.C. Mr. Mazza identified his career goals early in life, choosing to follow in his father's footsteps and become a barber.

Mr. Mazza's career began with the ownership of several barbershops including Penn Mar Haircutters. He is currently serving his fifth term as the governor's appointee to the Maryland State Board of Barbers. He is a past president of the National Association of Barber Boards of America (NABBA). In 2003, he was inducted into the Barbering Hall of Fame.

Adding to Mr. Mazza's list of accomplishments, he has worked with Thompson Delmar Publishing Company, editing and updating the Milady Standard Textbook for Professional Barber Styling.  Mr. Mazza has participated as a subject matter expert in national test development for the National Interstate Council of Cosmetologists.

In 1993, he became the instructor of the Barber Styling Program at the Department of Corrections in Prince George's County. Mr. Mazza developed a state-certified program for barber training for inmates incarcerated in the Prince George's Correctional Center. He oversaw construction of an eight chair training facility within the correctional center.  Currently, he instructs eight inmates on a daily basis, in order to prepare them to attain a Maryland State Barber License.

Mr. Mazza has developed a state-certified program for nail technician training; fundamentals of cosmetology program, and worked in conjunction with Chrysler Corporation to develop an automotive technology program.

Mr. Mazza complements his career responsibilities as a member of the American Correctional Association and the Maryland Criminal Justice Association. His dedication to his career is also amplified through awards he has received such as the National Association of Counties Award for the Barber-Styling Program as an innovative program that enhances County Government.  He   was also acknowledged as Employee of the Month at Prince George's County Correctional Center in June of 2004.

Mr. Mazza lives his life through his Christian beliefs and values. He earned his certificate in biblical studies at Washington Bible College. Mr. Mazza's moral integrity shines through his work at Largo Community Church. He began his ministry at his church as an administrative assistant to the pastor and became a licensed minister.

Mr. Mazza is married to his best friend Pamela Mazza and is the father of four daughters, Lisa, Katie, Mandy, and Emily. Mr. Mazza continues to pursue his personal and career goals and is an endless inspiration and role model to everyone he meets!

It is with much joy I greet and welcome you to the Largo Community Church.

Sign up today to receive updates on church events, special campaigns, closings and/or receive the Church Newsletter via email.

© 2021 Largo Community Church. All Rights Reserved and Terms of Usage.